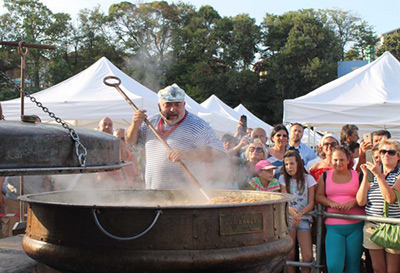 Every year, in the beginning of September, the Tsarevo Municipality organizes a fish fest, where traditionally the famous culinary enthusiast Uti Bachvarov prepares its delicacies in the Guinness - worthy vessels. Uti prepares a fish soup in a huge kettle that is sanctified by the local cleric and distributed to those present. During the festival the participants in the "Vasiliko" sport underwater fishing are awarded. Also is organizing a cycling marathon "Ribovelo", in which small and large cyclists ride wheels from Tsarevo to Lozenets and vice versa. There is a culinary team race, for which a different theme is set each year – for example, preparing the most delicious mussels with rice. Typically, the festival is garnished with lots of live music.

Every year, in the second half of September, Elhovo hosts the fest of traditional Thracian banitsa "Banitsa is rolling, two times rolling", organized by the Municipality of Elhovo and the Community Center "Development". Residents from all the settlements in the municipality of Elhovo are flocking to take part in the race for the most delicious banitsa.

The goal of the organizers is to present the enormous variety of traditional banitsa in the Elhovo region. Together with the culinary diversity, the life and culture of local communities, crafts and folklore, the past and the future are illustrated.
In live, different types of banitsa, by authentic recipes for which prizes are awarded - for the most authentic, most versatile, the most traditional, the most attractive, etc., are presenting in front of the guests.

„The culinary heritage of Thrace “ in Ivailovgrad

From 2012, on the first weekend of September, Ivailovgrad hosts an international festival of traditional food, livelihood and crafts "The culinary heritage of Thrace". Organizers are Ivaylovgrad Municipality and Community centre "Probuda-1914". The festival includes producers of sweet, herbs, spices, fruits, vegetables, bee products, tahana, wine, schnapps, pastry products and typical dishes from the region of Ivaylovgrad as well as regions of France, Greece, Turkey. Many craftsmen, sculptors, artists and others also participate in the festival.

Festival "On the threshing-floor" 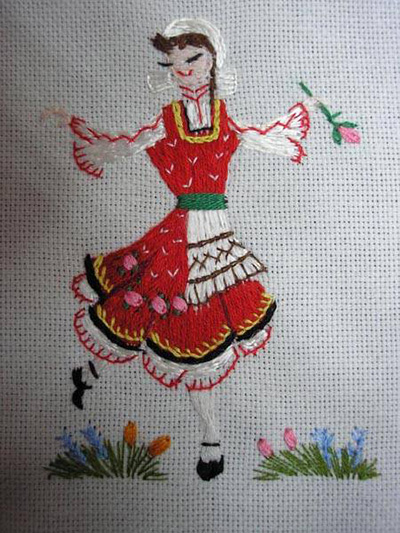 The Festival is held for the second year in Harmanli on 8-9 September. This festival features traditional food and a wine tour.