Nikulden (6 December) is the official celebration of Burgas. Traditionally, the celebration begins in the square in front of the municipality with raising the flags of Burgas Municipality and the EU. Plays the Brass Orchestra. A ritual festive table is being prepared for the feast, including a fish kurban, which is consecrated by representatives of the Bourgas clergy, after which the food is distributed to the citizens of Burgas and the gests. The festive atmosphere in the seaside city is complemented by charm, sketches, songs and dances. Organizer is Burgas Municipality. 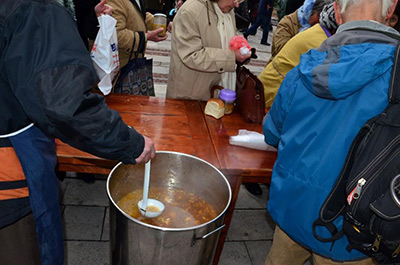 On December 6th, each year, Simeonovgrad celebrates his holiday, which starts with liturgy in the church "St. Nicholas". Prepare a fish kurban, which is distributed to the attendees. For the feast is organized a solemn concert with different performances. 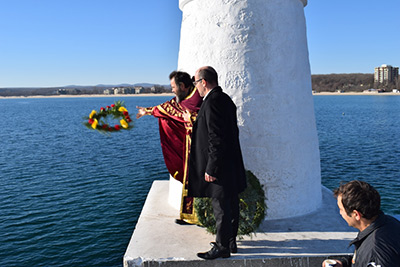 Every year, on December 6th in Primorsko is celebrated the holiday of fishermen, sailors and bankers. Organizer is Primorsko Municipality. The holiday program starts with a solemn Holy Mass in the church "St. Cyril and Methodius" and a lithological procession to the port, where wreaths are erected in memory of the dead sailors and fishermen. In front of the building of the Municipality is distributed consecrated fish soup, baked fish and wine.